Home
Blog
Moving Up With Kids 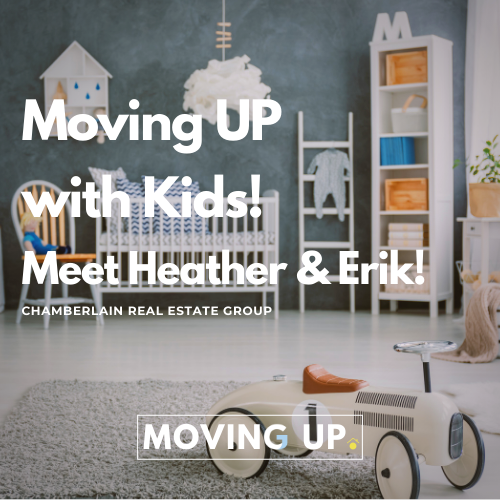 They have been married for about five years now and are blessed with two little kids.

With the help of our associate, Rob Campbell, they finally moved to a place they can call home!

Heather is originally from Vancouver, and Erik is from Ontario.

They both worked in the craft beer industry and met at a brewery. Erik & Heather’s relationship started to grow, and eventually, they fell in love while working together.

To seal the deal, they tied the knot where their love story began - at the brewery!

Moving from One Place to Another

Their family has moved to four different homes in the past five years. They moved to Alberta from Tofino, British Columbia.

The place they bought in Tofino was a pretty rundown modular home for a young married couple. They intended to just hang out there for a bit and enjoy surfing. Shortly after, they found out that they were expecting their first child.

The couple stayed in Tofino for almost two years but living there with a newborn baby was a challenge. The community was so small and secluded, so they made the tough decision to move to Airdrie, where Heather's sister lived.

They stayed with Heather’s sister while looking for their own home. Her sister has four children and three cats. So Erik, Heather, their eldest daughter, who was 18 months old at the time, and her sister’s family of six all lived together under one roof.

Erik got a job in Calgary, which gave them more confidence in making a move. They were able to apply for a mortgage and go through all the necessary processes.

Erik got connected to our agent, Rob, through a Facebook group. Rob reached out to Erik when he mentioned that they were planning to move to Airdrie. Rob, Erik, Heather and Rob’s wife hung out together, got along really well, and have since become close friends!

Erik started a new job in Inglewood back in June 2020. Once he began to explore the neighbourhood around his workplace, he knew that Heather would like the location. It resembles the vibe of their community back in Vancouver, which they loved.

Moving UP to Their Dream Home

The first time Heather went to Inglewood and walked around 9th Avenue, she immediately felt home! But, she was just four weeks postpartum at that time, so the idea of moving stressed her out.

She was contemplating whether it was the right time for their family to move, considering that they had a 2-year-old toddler and a 1-month-old baby. She thought maybe moving in the spring would be a better option.

Rob helped them figure things out, created a plan and made it work. They started looking at a few different neighbourhoods. To narrow down the search, Rob asked the couple about their goals and preferences in moving.

As a growing family, they wanted a house that would suit each member of the family’s needs. They needed a right-sized home within their budget, but all the single-family homes they saw were too small for them.

Since Erik works in Inglewood and Heather loved the community, they figured it would be best to focus on finding a home there. They ended up buying a house in an excellent location that worked perfectly for the entire family. With just a few DIY projects, they are finally enjoying their very own home.

Selling A House in A Spring Market

Heather is a hyper detail-oriented person, having worked in the fashion industry. She always keeps her home spotless, and of course, she wanted it to be perfect on the camera before the photographers and videographers took shots for the house listing ads.

Heather even asked Erik to go out and buy a white bowl and put some lemons in it as a final touch!

Though she was not yet satisfied with the staging, Erik and Rob assured her that it looked fabulous! To her surprise, when the photos and videos were finally up, she couldn’t believe how fantastic her home looked!

The moment their house was listed on MLS and people could schedule viewings, their phones blew up right away. Erik was taken aback and even called Rob to ask if it was normal to have that many requests for showings! They can’t even count how many people booked showings that day.

They received multiple offers, and their house was sold in less than 24 hours, above asking price! Everybody agreed that it was because of the lemons!

Heather and Erik loved working with Rob because he is very personable. They felt as if he was customizing the tailor-made search to fit their needs and wants.

They appreciated how he took the time to listen and understand their needs. He also made himself available to help them in any way he could. There was even a time when he went to their previous house to mop the floor! At a viewing, he volunteered to pick up Heather and the kids to meet with Erik at the site to make logistics more manageable for them.

Because they were quite new to Calgary, having someone who knows the city so well was beneficial. They valued Rob’s knowledge about every nook and cranny of the city.

If you are also wondering if this is the right time to make a move, we’re here to guide you and help you create a plan. Send us an email at info@chamberlaingroup.ca, and we’d be happy to chat with you, and Rob might even mop your floor too!