Home
Blog
Moving Up To A House From A Condo 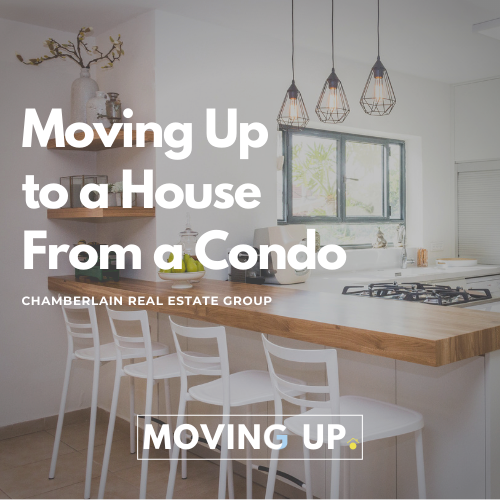 Preparing for a Growing Family

Selling your condo and moving into the unknown is tough.

It can be hard to figure out where you should go.

There can be multiple curve balls thrown your way, and sometimes never knowing what is ahead.

This is what 2020 looked like for our past clients, Travis and Jessica. In July 2019, they decided to pursue adoption and have a daughter. They were told that the timeline would be about three years. So they focused on being vetted and preparing for their new addition to their family.

They asked for Rebecca’s help to sell their condo and buy a bigger home for their growing family.

However, they have no idea what kind of home they needed or where in the city would be the best place to live.

Travis felt like he was staring into the abyss with his family behind him, asking for his plan, but he didn't know the answer either, which gave him fear and uncertainty.

In February, the prevailing wisdom was thinking that the downtown condo market was not great. It's way harder to sell properties than it is to buy, especially a condo. That’s why they focused on selling first.

The couple thought they were going into a loss as they see listings similar to their condo priced about $50,000 less than what they paid for five years ago.
Rebecca advised them to list their home $10,000 higher than other comparables in the area to make sure they don’t leave any money on the table.

They were not particular about their home’s sale because they thought the adoption would take two to three years to complete. They started to get ready, but no rush.

They expected that over a few months, they'd see some interest trickle in. To their surprise, they received some requests for viewing just a few hours after listing. They had four viewings from three different parties within a week.

One buyer sent a reasonable offer, which was $20,000 less than the list price. Rebecca updated the other parties about it, and they also put offers right away. Jessica & Travis ended up with competing offers.

Five days later, they settled on a slightly higher price than what they had listed for, which is higher than any other comparable in the market.

And then COVID happened.

Eight hours after they signed everything and accepted the offer, they woke up with news about COVID and how it’s causing the stock markets to go crazy. Then, the whole world was shut down a week later.

The timing of their property sale was remarkable.

Because they got their place sold so quickly, they ended up renting for five months to buy some time while making a solid plan for their family.
The adoption process went swiftly. Last July, the agency told them they had found a match with a four-year-old girl and her three-year-old brother in Taiwan.

They were thrilled yet unprepared. They were only preparing for three kids, not four.

They weren't prepared for COVID either. It pushed them to work from home, which shifted their needs significantly.

During their rental period, Travis and Jessica understood what the future would look like for their family. They now have a clear direction for their next move.

Making a House a Home

The couple appreciated Rebecca’s patience and guidance as they sort out what they needed. They felt like beyond selling a house; she wanted them to be happy. She provided all the resources and support they need to make sure they are thrilled and excited about their decision.

When they found a house that will work for their family, so Rebecca did all the coordination. To get the price they were all comfortable with, they had to speed up the possession timeline to two weeks.

They just moved into their new home, and it has already been such a blessing. It's been a place of rest, and they're excited to spend the next months to customize it and make it work exactly for their family for a long time.

The place they moved to has an established community. Their neighbours ours welcomed them with so much friendliness. They have a real desire to get to know these neighbours well and build deeper relationships there.

For those of you that are considering making a move but don't know where yet, that's okay. We are here to help you out, the same way we're able to help Travis and Jessica. Let’s start a conversation at info@chamberlainrealestategroup.ca.