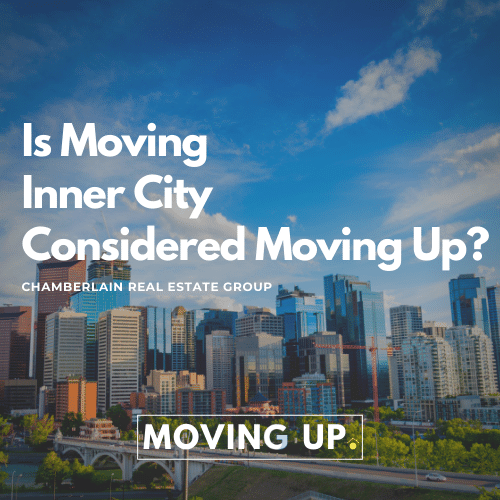 Is living in the inner-city with a family a good idea? Should you do it?

We've had lots of clients who have talked about moving to the inner-city in Calgary. One of them is Jeremy Duncan; he made that change and moved to the inner city with his family. He lives at Crescent Heights on the west side of Center Street.

From Suburbs to Inner City

Their first place was a condo in Toronto, Scarborough. They moved to Calgary in 2004 and immediately started looking for a condo downtown.

Their agent pushed them to buy a starter home in the suburbs. Looking back, it was great for them financially.

His family ended up buying a starter home in Tuscany. They stayed there for about nine years. But it wasn't quite what they envisioned having.

Their neighbours in Tuscany were nice, but they would move every couple of years. One day they would wave at them, and that was it. Its garage culture - you drive into your garage, close the door, and go into your house.

When Jeremy’s family had enough stability, they wanted to move into the inner city. They sold their place in Tuscany and moved to Crescent Heights.

It was only because of their real estate agent’s advice that they were able to buy a place in Crescent Heights.

They downsized to a much smaller but stylish house. Finally, they now have the lifestyle that they were looking for initially.

His family owns a peculiar property with 980 square foot house and a long, narrow yard.

They got this really weird space where a lot of the neighbourhood has been chopped up and divided differently. He can even reach out to his bathroom window and touch his neighbour’s house.

You can barely walk between the houses, but three of the units are super deep, giving them a long, narrow yard, which is great. This place provided an area for his dog and his kids to run around and play.

There are not many highlights and low lights moving from the garage culture and suburbia into an inner-city with a family for Jeremy. It's just a trade-off.

The reason they are now in this neighbourhood is because of his wife, who runs Rosedale Preschool. She's the director.

That's the trade-off they were looking for; less space, and less driving, in exchange for being closer to work. It enables them to walk to get groceries and know the vendors that were nearby.

Those were the things that they wanted, and that's what they have now.

When living in the inner-city, you have to be ready for less space.

For Jeremy, he can ride his bike to his office where he has space to do work. But he doesn't have an office at home where he can do work anymore.

His wife, Rachel, on the other hand, can walk over to work if she needs a break, but we don't have an extra space in their house for that.

That's the downside of the upside.

The other thing is, they have a golden retriever. In their neighbourhood, they can walk to McHugh Bluff, which is an off-leash area. That means every day; his dog goes off-leash twice a day without the need to drive anywhere.

These are very specific things that they looked for to suit their family's needs and lifestyle.

His son is just learning how to ride a bike. Unlike in the suburbs where there are no cars around, they are cautious about traffic safety in the inner city. Luckily, they are on the road blocked off from Center Street, which has less traffic.

Moving up doesn't always mean moving up. The crazy part is understanding the value of a property for you.

Jeremy increased their mortgage significantly to move into their current neighbourhood. It meant not needing two vehicles all the time anymore. There was an offset in costs and driving.

They only drive a total of about 6,000 kilometres as a whole family a year now. Though their mortgage went up in exchange, their insurance and gas are now cheaper. And they are not paying for two cars anymore.

Those are the types of things that they wanted; to be more present in the neighbourhood and with the people around them. It's that trade-off.

It's figuring out how to live with less, but actually for more too. You get more out of it.

Moving Up Based on Lifestyle

People think of a condo as "You'll buy that, and then you’ll move up to something else." There's nothing inherently wrong with that, but it's was not where Jeremy’s family were coming from. It wasn't a step up for them. It was moving up to the life that they have always wanted.

Most people lived in a condo, made do of the space until they could afford to buy a single-family home. That's exactly what Jeremy did when they moved to Calgary. They now own a 980 square feet single-family home with a little yard, which is excellent.

Subscribe to our YouTube Channel and join the conversation. Send in your questions, thoughts, or comments about living inner city with a family.