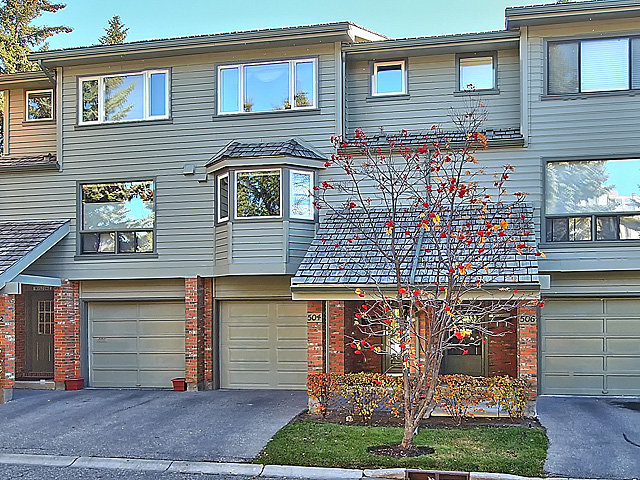 Find the newest Point Mckay homes for sale below.

In the tiny neighbourhood of Point McKay, there is exists a strong community of like-minded people who all believe that this is the best place to live in Calgary. It’s hard to dispute that looking at how perfectly situated, how ideally laid out, how friendly, how safe this neighbourhood really is.

The real estate in Point McKay is made up of modern townhomes, upscale apartments, and many other high-end housing options. Point McKay sits along the river, giving residents 365 days a year of great walking trails and perfect vistas to look out to. See how the homes for sale in Point McKay are always a hot commodity for home buyers.

Point McKay is located in Calgary’s northwest community. The area sits along the northern banks of the Bow River just before it flows into the downtown area. To the north of the community is Bowness Rd which continues all the way into the city, turning into Memorial Drive. Between Point McKay and Parkdale, there is nothing else that touches this remote and secluded little neighbourhood.  This small area was formed in the last 1950s when it was annexed into Calgary and made a proper community later on.

The neighbourhood demographics are as follows. 1300 people live in Point McKay, which makes it fairly densely populated given its smaller size. The community’s residents primarily live in upscale townhomes and apartments. This makes it convenient for first-time home buyers who want to get in the neighbourhood but don’t have the capital for a full-sized detached home.

The community is made up of 16% immigrants who choose to live here for it’s beauty and significantly reduced travel time to downtown Calgary.  Primarily, this is an upscale neighbourhood with many residents earning well over the Calgary average income.

This is also evidenced by the high proportion of residents with post-secondary degrees. Of the eligible adults in the neighbourhood, only 7% don’t hold any sort of high school diploma or degree. Just more than half of the neighbourhood has lived here for 5 years or more, a great place for a temporary position or for long-term living. Point McKay serves both functions.

The Point McKay residents do not have their own community association either due to the small size or the lack of interest. Neighbouring communities like Parkdale offer excellent services to cover both communities.

Point McKay’s position along the river makes this a focal point for many of the residents. They use the river for fitness or fun almost every day, using the kilometres of pathways that extend all the way to Deerfoot Trail if they choose. People often use these paths as their sole means of getting downtown during the warmer summer months.

Driving is particularly easy as well along Memorial Dr or the very accessible Trans-Canada Highway. In fact, due to the proximity of the highway, residents can be in the mountains in under an hour.

Edworthy Park is another location that residents love to use. It’s a public park that has athletic fields, tobogganing, picnic tables, and playgrounds for families. It’s just across the river and easily accessed by several pedestrian bridges. The river itself is a popular place for fishing and rafting, with many residents floating into downtown from several access points in Point McKay.

Nearby is the Alberta Children’s Hospital and the Foothills Medical Centre, major venues in Calgary.

Just north of Point McKay is the Canada Olympic Park, home to Winsport Arena. This venue offers world-class facilities for fitness and training, plus several activities like luging, bobsledding, mountain biking, and a large zip line down the hill.

Point McKay is very small and doesn’t have schools within the community, but is located in the district of several options nearby. This includes Bowness High School located very nearby in Bowness. This high school has excellent athletic programs that compete very well in the city and in the province.

Queen Elizabeth School in Upper Hillhurst is a great elementary school option. There is also Madeleine D’Houet School and Dr. Gordon Townsend School, a school for sick children at the Children’s Hospital that can’t attend regular class schedules due to their illnesses.