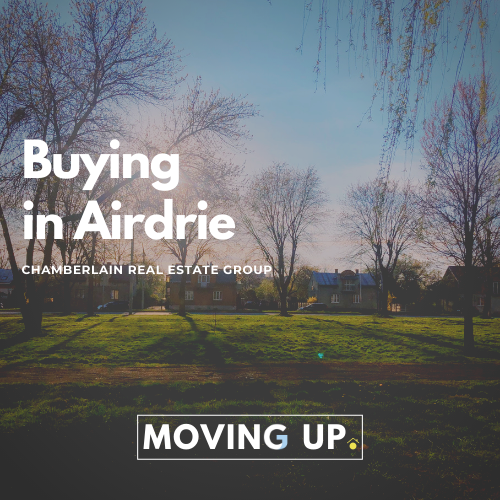 We invited a past client to share her journey in buying a home in Airdrie. Amber worked with Rob on our team to purchase her first condo.

Her family was from Edmonton and she has a twin sister. She works in the dental field.

When she first moved to Calgary, she didn't know a lot about the city. The downtown community was the best option for her as it allowed her to be close to everything she needed. She stayed in the city for about five years.

Her parents accompanied her to go to the bank and talk to a mortgage broker when she started looking for a new house. She wasn’t in a rush to buy anything but she wanted to see some options. That’s why she asked for a general outline in purchasing a house.

Amber knew exactly what she wanted in a house. Rob prepared a list for her and they ended up looking at five homes. Though she was a city girl, Amber wanted a yard for the dog that she and her boyfriend wanted to have.

As soon as her father walked into the last home that Rob showed them, he instantly knew that his daughter would love the place. Amber played it cool and said she was just looking. But in hindsight, she absolutely liked it!

Within two days, she got her pre-approval from the bank. The house was inspected the following week. They lifted the conditions within 10 days. She and her boyfriend moved in four-and-a-half weeks later. And of course, they got a dog, three days after, because that’s what they have been wanting to do from the start!

It's like a realtor's dream. Rob Campbell called it finishing an Amber.

Buying in Airdrie was just a little sprinkle at the end of their list. They were initially looking in the Northwest but Rob shared some great insights. The time it takes to go downtown from Northwest is the same as from Airdrie, especially with the new Balzac exit. Plus, the Airdrie community is currently booming, so it is really wise for investment.

The quality of the house they got in Airdrie was superb and it gave them so much more liveable space. At that time, the interest rates were lower. They got an extra 300-400 square feet with the amount of house they got versus seven minutes into the city.

Reach Out to Realtors

Rob was able to handle the whole process well. He provided all the information efficiently and swiftly. He let Amber picture her dream home as opposed to her dream spot to be able to understand what she wants.

Amber felt like she was shopping with a friend because Rob had calming energy about everything. His efforts have been a great help, especially for a first time home buyer like herself. She found everything that Rob did was well thought out and they really worked.

Though she bought the house relatively fast, she wanted to negotiate more because of her competitive nature. Her offer was a little bit less than the list price but the seller was adamant with their asking price. To get more out of the deal, she tried to ask for the seller's couch. Unfortunately, that wasn’t a part of the package and she didn’t get it.

Amber’s advice for first-time homebuyers is to reach out to realtors and ask questions. Before she reached out to Chamberlain Group, she already did tons of research.

She encountered other realtors in the bigger brokerages, who got mad when she asked many questions. They felt like she was taking too much of their time. That was not the case at all with our team.

Being Part of a Family

More than a sales transaction, she felt like she has built a friendship in the process of buying a home in Airdrie.

Rob reached out to her on the anniversary of their house and she appreciated that. Their business relationship goes beyond a purchase. It is very different compared to any other realtors she met before.

At Chamberlain Real Estate Group, we are intentional in making our clients feel a family type environment. It's super important to be able to have that feeling because it makes a huge difference. We genuinely care about the experience of our clients to be able to help them move up to their dream home.

If you are exploring the idea of moving to the suburbs just like Amber, please don’t hesitate to reach out to us. We are here to help you figure out your next move. Talk to one of our agents by sending an email at info@chamberlaingroup.ca.