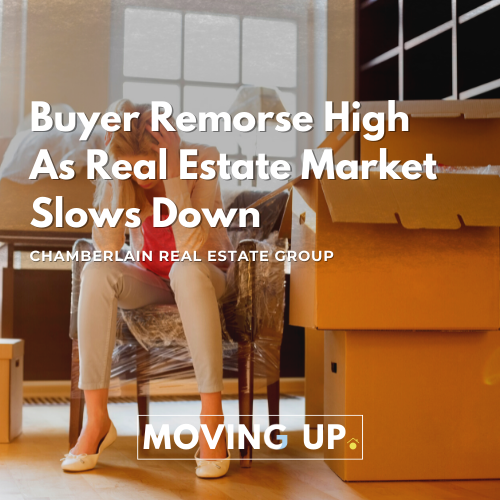 Over the recent weeks, multiple media outlets published articles stating that many real estate buyers have remorse across Canada.

Mainstream media love to sell attention-grabbing stories. One of the most effective ways to do so is by flashing fear in the headlines.

The headline, "Buyer's remorse high as real estate market slowdown materializes," recently appeared on The Globe and Mail, CTV and even Bloomberg. It talks about an interview with a Toronto-based real estate lawyer, Mark Morris.

Mark shared that he has seen nine cases in a week where buyers want to back out of deals. And one Monday alone, he was approached by three sellers keen to use legal channels to keep purchasers from walking away.

If you dig into it, the whole article and provocative headlines were based on the three cases alone; no other statistics were given. It was just based on a single lawyer’s experience.

The article did not clearly state that the buyers wanted to walk away. It could be that the three sellers were only seeking advice on the best practice in the event that the sale didn’t push through. After all, these buyers may ultimately be okay with closing. We’ll never know for sure.

So our team did some research to get a sense of what is truly happening in the market based on the data we could gather.

Since the start of the year, many people have been moving to Calgary because of how affordable real estate here is compared to major cities. So we created a poll on our YouTube channel and asked our viewers living outside of Calgary if they are still planning on moving here. 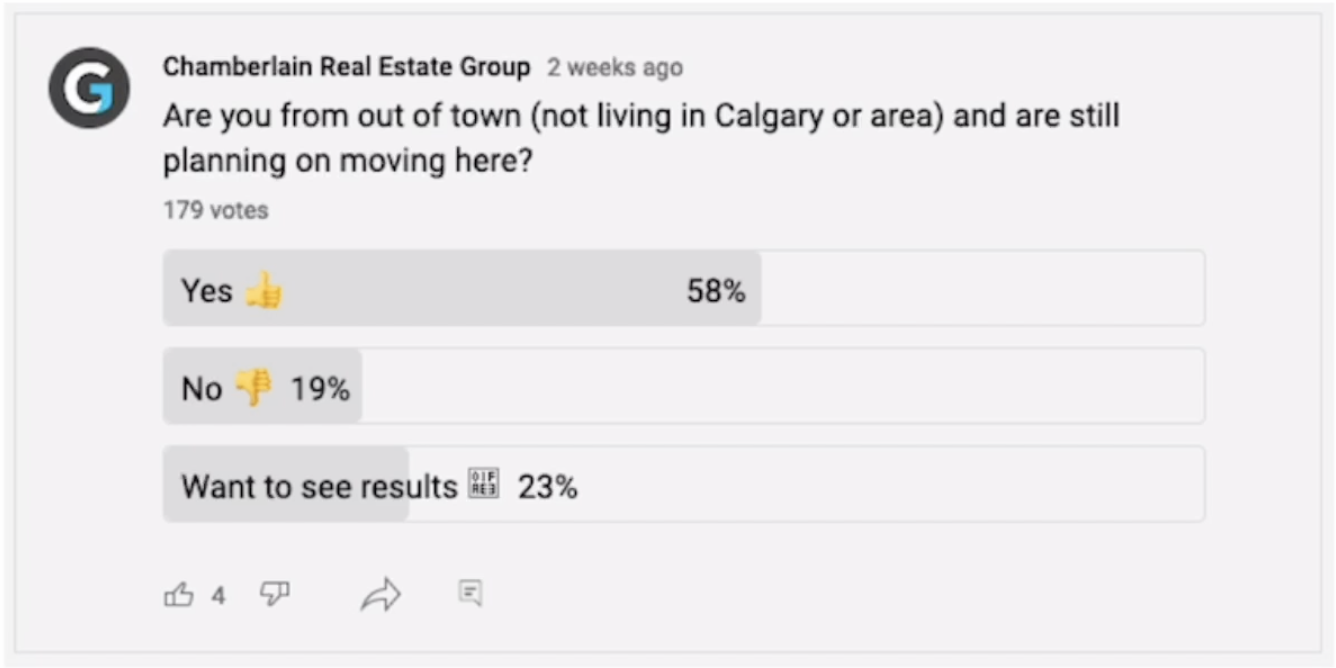 The poll had 179 votes, and 23% just wanted to see the results. These people are also looking to see how the market will move forward.

Looking at the ones who answered yes or no, we have a total of 138 votes. 75% of the voters are still planning to move here, and only 25% have changed their minds.

There’s a myriad of reasons for the change of plans. It could be because of job situations or changes in interest rates. For some, maybe the price of their home dropped, and it can’t sell for what they want. For example, there is about a $100,000 to $150,000 average price drop in certain areas in Toronto.

Now to further our investigation into this whole buyer remorse thing. We went out to a handful of real estate lawyers that we work with and do a lot of transactions.

A small percentage of clients also said their financing fell through due to increased interest rates. But none of the lawyers we reached out to said buyers were trying to get out of deals because of buyer's remorse.

Whenever we talk to buyers, we always advise them to live in a house for at least a couple of years because they don't know what the market will be like in the future. When you talk about the market, you can only be sure of what happened in the past, which can give you a basis for predicting the future.

In instances where more buyers want a new home, we don’t recommend selling your house before buying a new one. Selling your home without knowing where to go is not a smart strategy, especially when there is a lack of inventory.

Below is a graph of the months of inventory in Calgary from 2013 to 2022. As you can see, the city is currently in a strong seller's market where it only takes a little more than a month to sell the rest of the inventory at the current phase of the market. 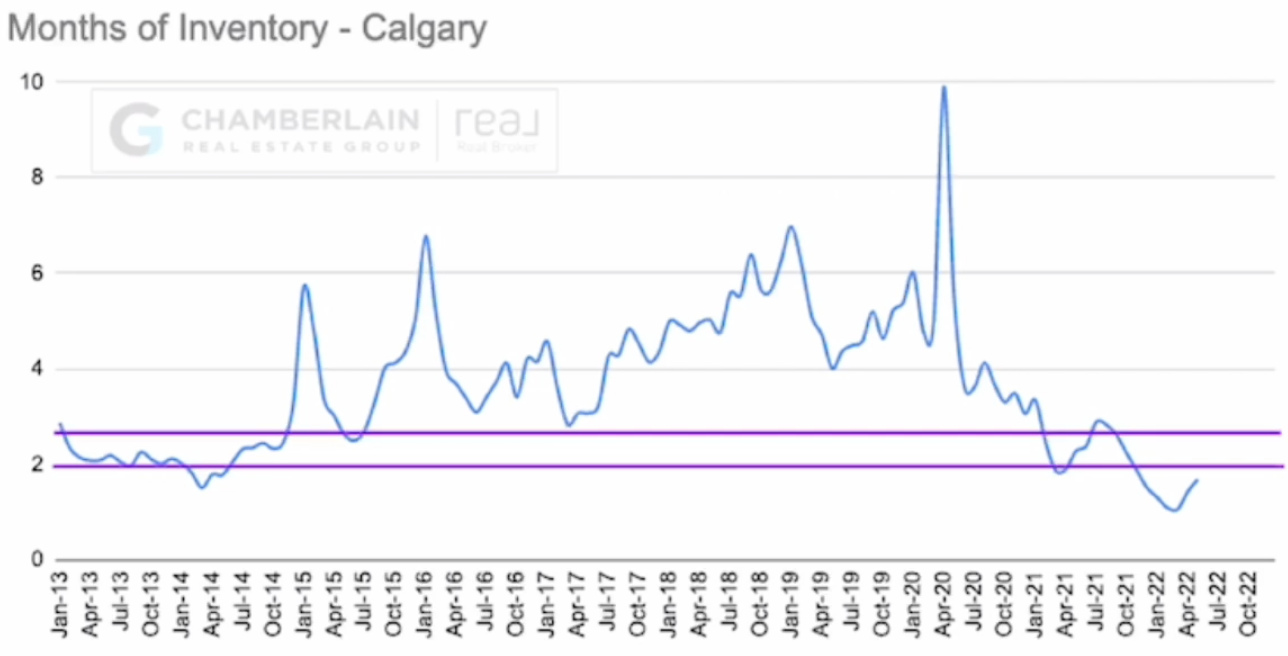 When you look at the green line on the graph below, you will see that there are way more sales per month that happened in 2022 compared to the previous years. The second highest record was last spring in 2021. 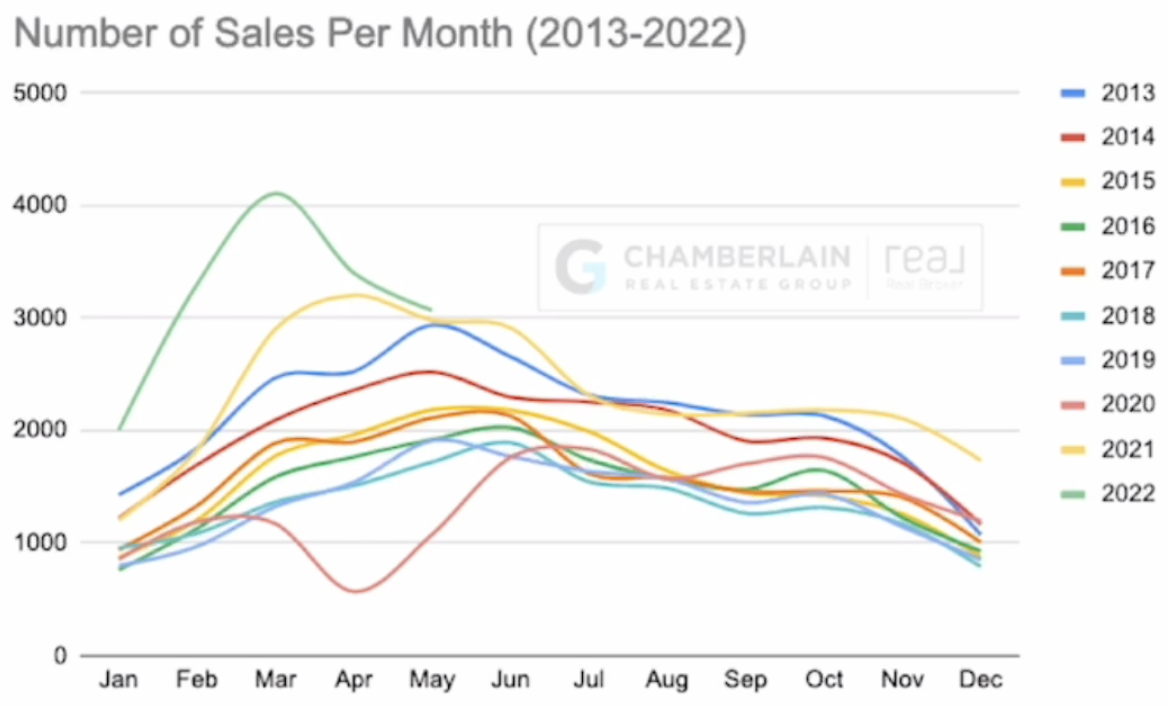 Looking closely at the graph, the last time we saw this many sales per month was in 2013, almost a decade ago!

All of this to say, look behind the headlines. Don’t believe any news without digging deeper and trying to understand the actual situation. Talk to someone you trust who knows a lot about the market.

You can also have conversations with us by sending an email at info@chamberlaingroup.ca, or you can book a call with us so we can understand your current situation and help you make an informed decision.