Home
Blog
A Story About Change 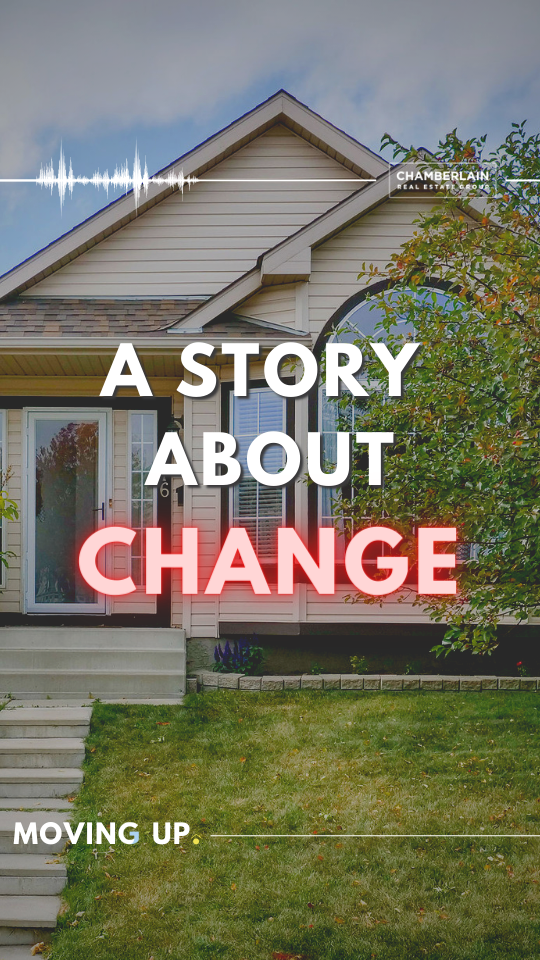 A wonderful couple, Sue and Tom, owned a two-story home with five bedrooms.

This property housed their growing family for a very long time.

Their kids grew up here.

Now, their kids are all adults.

Their kids have kids, so they are already grandparents.

Recently, they consider downsizing to something a little smaller like a bungalow.

It's more practical and suitable for them.

They're now at the point in their life when they don't need the five
bedrooms anymore.

They had their house listed twice before with no success.

A Much Needed Help

Their friend, a former client of Chamberlain Group, connected them to her agent, Erin. They set up an appointment with her and also met with a couple of other agents.

Erin hit it off with the couple, and they liked everything the brokerage, as a team, could do to help them.

They talked about how to make this new transition.

One of the things that we focus on is helping clients understand the value of their homes.

We dig into market reports and market information.

We pull data a thousand days back, compile that data, and put it into a detailed report.

Analytical people appreciate it, and the emotional ones can understand it too because it's visual. It's a great tool that we use to help our clients.

Tom was a real numbers guy. Sue was a little bit more emotional, so she and Erin talked more about that side. However, Tom, he needs data.

He needs the numbers.

Erin was able to lay it all out for him through different charts, graphs, and scattergrams.

She was able to suggest a reasonable price for their house, which is crucial for them.

Using digital platforms, we created a lot of buzz about this house coming to the market.

Two days after it came live, Erin hosted an open house there, and the buyers ended up coming into the open house and loving it.

What's really interesting is, they were a new couple just starting, newlyweds.

It pulled on heartstrings a little bit because Sue and Tom moved into that house as newlyweds.

They're now passing it along to a new family to have the same memories they had there, hopefully.

Here's a great lesson: when you're trying to sell your house, think back to who you were when you bought your house.

Because 90% of people or the buyers who are going to buy your property are like who you were. It would be best if you positioned things to think about who you were when you bought it and what you were thinking then.

If you position your property that way, that is the emotional pull that buyers will need to make it happen for them. That's how you identify your target buyer and go after them.

Sue, Tom, and Erin sat down and created a step-by-step plan and a powerful strategy.

After three days, they got an offer. It was a firm sale within 10 days of being listed. The couple was beyond happy.

By pricing the house properly and doing the preparation and strategy, we could have success right away for them, so that was amazing.

Why You Need An Expert

Despite the big win that Erin had with them and all the things that she was able to help them with, Tom believed that it was better for them to try to find their next home independently.

Some people have this perception; I want to try this on my own to see how it can go. Well, it didn't go so well. Immediately, they contacted Erin and said, "We're having no luck. This is just not what we thought. Please come, help us."

She made some phone calls, appointments, got more information, and found a history of properties-things that Sue and Tom were unable to do independently.

They tried and realized it was just too much for them. Erin was able to bring up more options than what they thought was possible.

That's a big part of helping someone find their next home. Making change can be really exciting, but you can be overwhelmed with the process. Having someone in your corner that can guide you is super important.

Erin suggested a place, and immediately, they said, "No, we don't think so." They thought it was too small for them. But Erin insisted on going to see it and check if it could be a good fit.

Sometimes you need that third person, from the outside looking in, to give you different perspectives.

Sue and Tom saw it. They walked in, and they immediately fell in love. It was the one.

It was immediately the one for them. So that was such a win because Erin could suggest something that they wouldn't have even gone in to see. It ended up being perfect for them.

They had their family come and see it, who all gave double thumbs up. They loved it and are super happy to see their mom and dad moving into that house.

If you're looking at making changes like this or moving up too, send us an email at info@chamberlaingroup.ca, and we'd love to help you too!