House for Sale in Mahogany with Chamberlain Real Estate Group 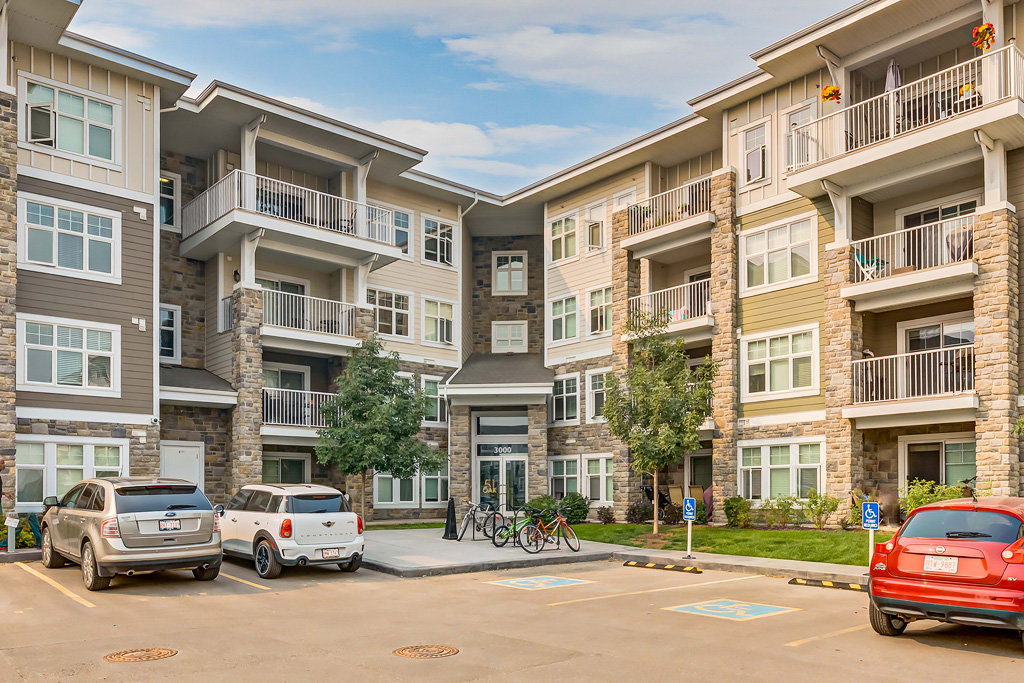 Find the newest Mahogany homes for sale below.

It seems amazing that just 10 years ago, that Mahogany homes for sale didn’t exist. This thriving community, a stalwart in the southeast of Calgary has seen a tremendous expansion in a neighbourhood that was only approved by the city council in the previous decade.

The homes here have a wide range of options including very large estates that back onto the private waters of Mahogany Lake. The real estate in Mahogany can be very exclusive and luxurious, and yet there are also options to own a home much more affordable. As the city continues its push to develop the southeast of Calgary, this is where much of the action will be. Come discover what makes Mahogany the neighbourhood to watch for Calgary’s future.

The community only received approval for development in 2007. The neighbourhood has since been under construction for over 10 years while new homes spring up here every day. As it stands, the community is the furthest south east neighbourhood, but that will rapidly change with Calgary’s newest additions to the area. The borders of this community are Highway 22X, 52nd St SE, 88th St SE, and 178th Ave.

Currently, we have 10,000 people living in Mahogany, but that number will surely climb in the near future. The population has seen an explosion of interest, jumping from 1200 in 2012, 2600 in 2014, and now growing even beyond that 10,000 resident number. The construction continues to this day as new homes, apartments, and townhomes are being added to this neighbourhood. First, we find a great number of houses here, but that number will change as the number of apartments and townhomes soon reach completion. The neighbourhood enjoys a healthy diversity of 15% of the population coming from immigrant backgrounds.

This neighbourhood does tend to attract higher-income people with several households earning multiples of the normal Calgarian income. This is due to the large houses with 7-figure price tags attached to the lake community. This rapid explosion has resulted in a number of interesting facts such as Mahogany being one of the top Calgary communities of preschool-aged children. Families are the number one home buyer here with several households with small children and planning to grow further. This will result in a high number of residents choosing to live in Mahogany for over 5 years.

The Copperfield-Mahogany Community Association works to build relationships with the residents of both neighbourhoods. They have been working ever since the construction of these neighbourhoods and they offer several initiatives to bring together the people. The residents can enjoy events at the lake, several family fun days, and classes for members of the communities.

The attraction to Mahogany first lies in the new homes built here, developed to be large and modern, spacious and affordable as well. But beyond that, the major appeal is Mahogany’s private lake. Mahogany has taken cues from several other neighbouring communities and built a neighbourhood with a central lake as its pivot point. Members of the community have access to the lake as a part of living here. The lake has fishing, swimming, skating, hockey, and several water sports throughout the year. Besides the water, the private park has picnic tables, fire pits, playgrounds, a few hills for children’s tobogganing.

Those who commute to work appreciate the proximity to both Stoney Trail and Deerfoot Trail. The commute is easy to and from work, with the average driving time under 20 minutes to reach the downtown core. A small shopping complex shared between Mahogany and Auburn Bay allows residents to get anything they need. The Calgary Green Line C-Train will add a further dimension when it reaches the southeast communities in the near future.

The major feature to living here is also the nearby South Health Campus, the largest and newest addition to Calgary’s state-of-the-art medical facilities. The community lives right beside some of the best medical professionals in the city. The service here is first-class with doctors coming from all over the world to train and study under the professionals here.

The community is geared towards smaller children, that much is obvious from the schools located here. Divine Mercy Catholic Elementary is located in the community, a Catholic faith-based education that rivals many of the public options in the city. St Isabella Elementary/Junior High is next door in New Brighton. Other options in the area include Auburn Bay School and Prince of Peace School.