House for Sale in Highwood with Chamberlain Real Estate Group 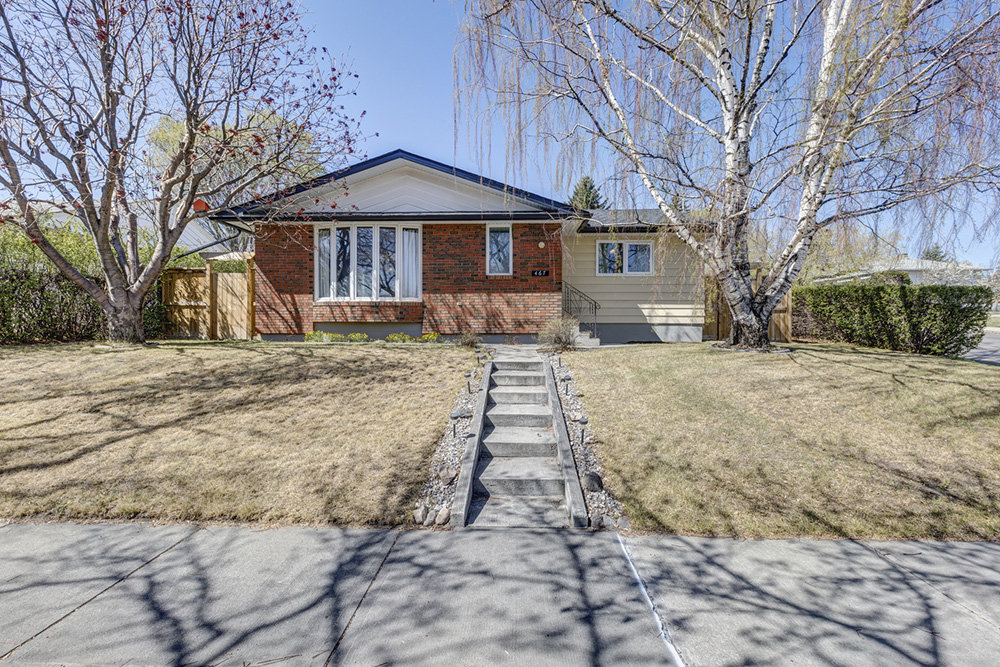 Find the newest Highwood homes for sale below.

Highwood is one of those quiet communities that seem like an exclusive area. It’s in prime real estate in Calgary’s northwest. It sits along major roads to access much of the city. It has access to some of the best schools in all of Calgary.

Plus it sits adjacent to incredible parks and athletic fields. It’s an unassuming delight with excellent real estate. The houses for sale in Highwood are pleasant, priced with an eclectic mixture of older styles and newer designs. Highwood residents agree that they love this community and want to welcome anybody to experience what it’s like to buy a home in Highwood.

The community of Highwood is located in Calgary’s northwest quadrant. It sits alongside Mount Pleasant, Highland Park, and North Haven. This community is one of Calgary’s oldest, established in 1954. The homes reflect this established feel with wide yards and big spaces between the homes. Most of the residents choose to live in single-family detached housing. There is the option for first home buyers to purchase a duplex in Highwood, an apartment or a converted basement suite. 40th Ave NW forms one edge, John Laurie Blvd, 4th St NW and McKnight Blvd form the others. This typical neighbourhood is conveniently arranged in a grid formation for easy accessibility.

2200 residents call Highwood their community. This demographic is pretty typical of normal Calgarians. They represent nearly the same aged average city resident. They make an income almost on par with the rest of the city, and they hold post-secondary degrees in the same proportion as the rest of the city.

Of those who are able to work, 95% are in the labour force in some capacity. 14% of the community are first-generation Canadians, people who have immigrated to Canada for better opportunities for their families. The average family has less than 3 kids and the average household is a family with children at home.

Many of the residents here have lived for over 3 years, making this a fairly stable community where the inhabitants are content to settle down long-term. Property owners in Highwood are happy to hold on to investments as Highwood’s property values continue to rise.

The Highwood Community Association is located at the centre of the neighbourhood. It exists to create a connection between the people who live here. The association hosts events like clean-up days and a parade of garage sales. It also hosts a communal Stampede Breakfast, sporting events, and various programs throughout the year.

For those who love a community with plenty to do, Highwood homes are a perfect choice. It’s hard to miss the gigantic Nose Hill Park that sits directly to the west of the community. This 11 square kilometre park has many walking and biking pathways and natural reserves for people to enjoy year-round. The park has sledding, cross-country skiing during the winter as well. The community association also has an outdoor pool that operates during the summer months. There is a community rink that the association manages during the winter complete with lights and boards for hockey games. Confederation Park is just near as well, a public space with playgrounds, a public golf course, and sporting fields.

Highwood homes also have very close access to the University of Calgary and Southern Alberta Institute of Technology. These world-class schools offer post-secondary education to tens of thousands of students.

Some of the best recreational spots here are:

The neighbourhood is very close to Trans-Canada Highway to allow residents to get to the mountains and Banff in an hour. Access to the airport is easy along McKnight Blvd. Most residents can be in the terminal in fewer than 15 minutes from home.

There are a few schools within the community and many more beyond the neighbourhood borders including:

Highwood School offers one of the only Mandarin immersion courses in the city for students from Kindergarten to Grade 4. King George School offers Kindergarten through to Grade 6 in French and currently ranks 365th in the province according to the Fraser Institute. Senior high students can attend John G. Diefenbaker High School or St. Francis High School in the Catholic school system.