We know times are changing, and we wanted to compile the content that we are putting out in a way so that you are able to see all the posts and information about real estate related matters and COVID19 in one place! If there are questions you have about how Calgary Real Estate is being affected by this change in our City and Country please use the chat system on this page to reach out and let us know your questions. 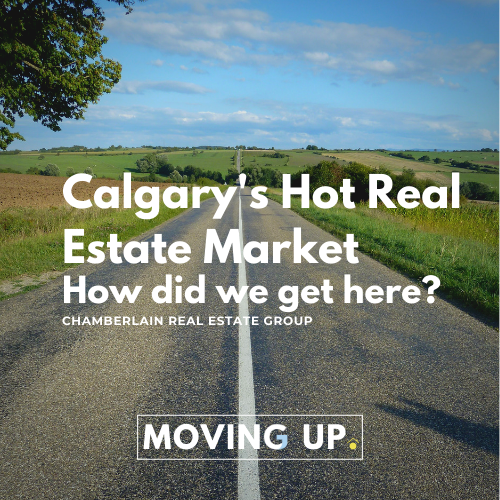 The real estate industry has gone crazy over the last few months as the market turns red hot! We haven't seen this type of economy or anything like it in the past, so you may be wondering, how in the world did we get here? This is a really interesting question that a lot of our agents here at Chamberlain Real Estate Group are getting nowadays.

Being in Two Worlds at Once

This unprecedented time has created barriers in the physical world. 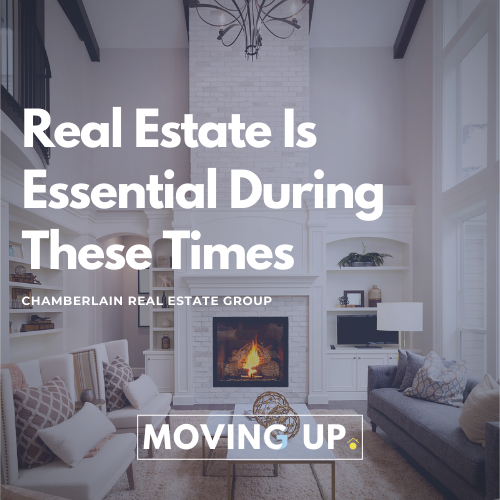 Real estate was essential before, and it still is. At Chamberlain Real Estate Group, we commit to protecting our clients. We continue to help people in their moving up journey even amidst the pandemic.

We want to walk you through the current protocols on showings and open houses.

When the shutdown happened, the government deemed Real Estate as an essential service. Because if you moved and the service wasn't there, you would end up homeless.

The shutdown would strain people needing to make a move because of their jobs or health concerns. Others might even need to deal with unfortunate transitions if someone passes away. Their family may have to right-size or downsize.

As a brokerage, we are intentional to protect our clients 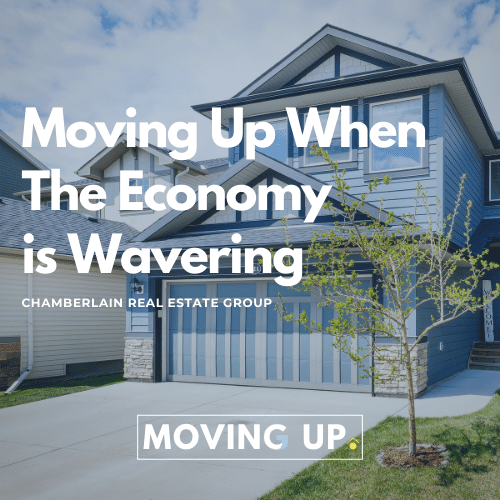 We invited a former client, Chandra, to talk about her recent move. She is married and has two kids. Her family is always busy. Both of her kids play hockey.

She is a part-time nurse, but luckily, she has an office type job. She’s a transplant coordinator.

It was hard to predict what was going to happen at the beginning of the pandemic. Chandra wanted to move but unsure if their house is going to sell. She wondered if people will see the value of her home and what the area has to offer.

They have stayed in their house for six years, so they were hesitant to leave the neighbourhood that has been so dear to them.

She had developed a great relationship with her neighbours in Tuscany. Her kids can go out and play on the streets. 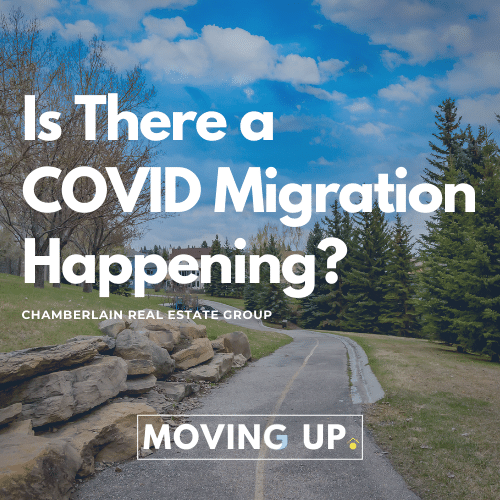 Lately, we've seen increased real estate sales outside of the city compared to inside the city.

There's a significant spike in the number of sales outside the city, especially in Edmonton. The highest peak that we had is 33% over July last year and 36% for August.

Outside of Calgary, numbers include everything from the city center to 100 kilometres out, not including sales in the city.

Inside of Calgary is 50 kilometres out, including some areas outside of the city.

Those numbers have a similar peak and fall. But there's a considerable rise and increase outside versus inside of Calgary.

At Chamberlain Group, we’ve had a handful of clients who did move from the city. They have chosen more rural areas like 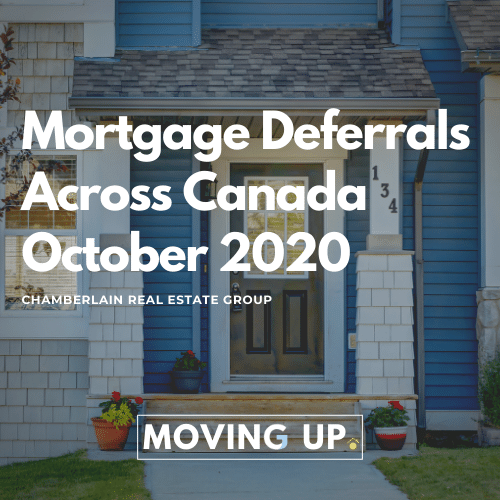 What is happening in our country? There are some themes with the lowest percentage and the highest percentage of mortgage deferrals. There were a lot of people who needed to make a deferral on their mortgage given the situation this year with COVID-19.

Mortgage payments are now starting to happen again; you can't defer any further. Lindsay Labrecque of Spire Mortgage sent us some data about mortgage deferrals over the last six months.

This list shows that there are some themes with the lowest percentage and the highest percentage. There could be

At the Chamberlain Group, we value every member of our team. Although we live in a competitive environment, at the end of the day, we celebrate each other’s wins. So when one team member achieves more than they’ve ever done before, we want to highlight that moment.

Rob’s one of our exceptional real estate advisors. Although he’s only been an agent for 13 months, June of 2020 was a record-breaking month for him for deals. Well done, Rob!

We chatted with him about how he was able to achieve this monumental goal even in the midst of a global lockdown.

This isn’t the first job you had. How did you find yourself working as a real estate agent with the Chamberlain Group?

After 16 years of running my own business in a volatile

In part 1 of our #stayingathome series, we discussed New Puppy Training. Now that you have some tips to help you on your journey with a new pup, let's get to the fun part! Here in Calgary, there are plenty of dog-friendly places to take your growing pup to.

Where are good places to visit in Calgary with a new puppy?

Thinking its time to invite one of these fluffy friends into your home? Let's be honest, the kids are off of school for months. It could be a great time for them to train and bond the new little family member. In the last 6 weeks, 4 of the families on our team, all welcomed new four-legged family members into their home, some adopted and some are new puppies.

Let's explore what a new puppy involves and share some resources for you to use along the way!

Just a few weeks ago, I, Jessi, welcomed a new member to our family. A rambunctious and wild, but soft and cuddly, 9-week old pup. The first few days were a whirlwind of chaos. The little furball nipped and chomped at everything and everyone she touched. She made messes

We’ve been spending a lot of time in our homes lately, and it’s the perfect opportunity to evaluate precisely what is working and what is not. A great home interior design considers the people that live in the space, their personality and how they use that space. In a season like we’re experiencing now, it’s wise not to make big decisions based on current circumstances. In essence, I mean, don’t spend all your money updating your office if you intend to go back to your regular office when things return to our new normal. Do, however, consider the present circumstance when you evaluate your budget for the projects that you want to take on. When you’re ready to start assessing your home and how you’d like to improve the look and functionality, consider

As we are all in isolation, it is good to have a check-in with a team member to make sure you are doing okay and have someone else there to help support you in your business but also to make sure you are keeping sane. Having these top 15 quarantine questions at hand can help you when talking to your children, friends, co-workers and even your spouse/partner.

Here at the Chamberlain Real Estate Group, we are actually partnering up with each other for a full week and have a daily call check-in with each other. By doing so, not only are we going to create stronger relationships with each other, but we are also not going to truly feel so isolated. We know we have someone to lean on when life gets too real some days.

Feel free to use some of these