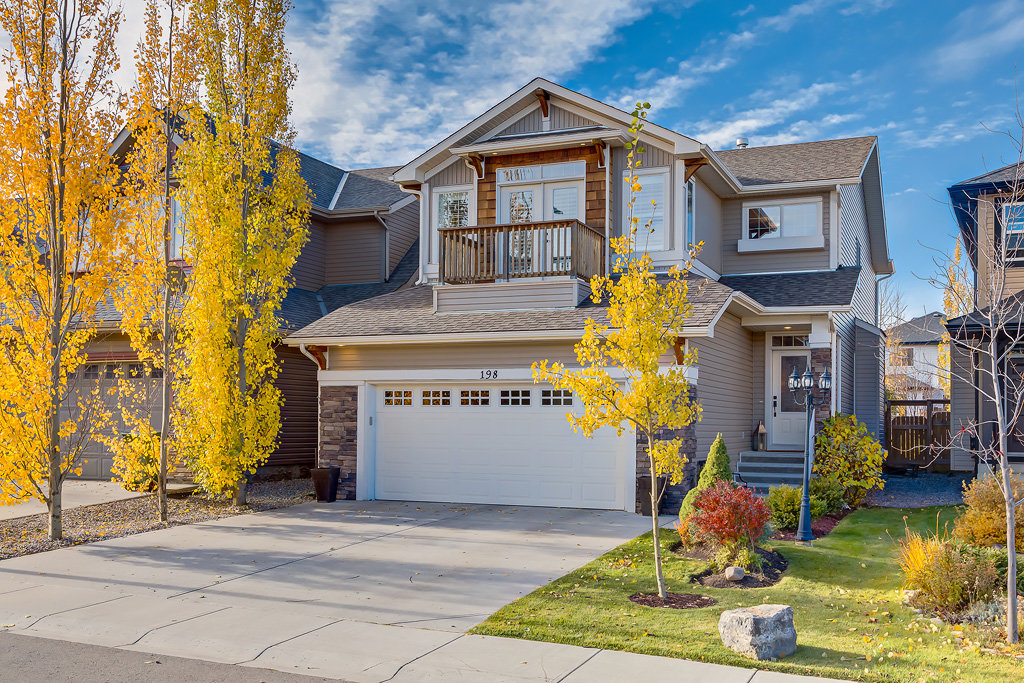 Find the newest Auburn Bay homes for sale below.

Here are a couple of quick facts about Auburn Bay. The neighbourhood has one of the highest numbers of preschool-aged children. It’s one of the few lake communities in the southeast of Calgary, and it features one of the best ice cream stores in the city. The community of Auburn Bay has exploded in population and demand in the past few years, mainly due to its extremely friendly atmosphere and availability.

Auburn Bay real estate has the distinction of having several styles of homes, from large estates on the lake to the cozy condo buildings found in many places. Auburn Bay homes for sale have been rapidly expanding in demand for years, and it’s showing no signs of slowing today.

Auburn Bay is set in Calgary’s southeast and was one of the lynchpin communities around which formed the basis for the rapid expansion in the region. The community is centred around a lake, another attraction that drew many families to consider homes here over the past 5 years. The dimensions of this community are defined by Stoney Trail, Deerfoot Trail, 52nd St SE, and Seton Blvd.

Auburn Bay is one of Calgary’s largest communities, a large region of households with over 17,000 residents in the community. That number has jumped dramatically over the past few years. In 2011, it was just 5900 residents and just over 10,000 in 2014. The construction is nearly complete in the neighbourhood and we should see a levelling off of the rapid growth. 18% of that population are immigrants from many different nationalities.  The community attracts a more affluent family with incomes here often much larger than alternative communities in Calgary. The average household here lives in a single-family home, with several thousand houses found here. But there are several hundred townhomes found here. The duplexes in Auburn Bay are worth noting. The developers have come up with a unique way to build duplexes, as they actually are two full-sized houses joined together. They don’t feel like smaller duplex housing you’d find elsewhere in the city. The average age is young, what you’d expect from a community with one of the largest populations of preschool children in the city. Young and growing families are flocking to Auburn Bay to take advantage of great locations and affordable real estate. We can see that 95% of the population currently living in Auburn Bay moved here from elsewhere in the city within the last 5 years, speaking volumes about the appeal of this neighbourhood.

The Auburn Bay Residents Association is primarily caring for the maintenance and oversight of the private lake. The association also uses the lake to create and launch initiatives to get everyone connected to their neighbours. They hold several sporting events, multiple programs aimed at the target audience of young parents, and many family activities on the lake.

By and large, the number one feature of living in Auburn Bay has got to be the private lake. It’s one of the largest private lakes in the city. Residents use it year round for almost any activity that you can think of. During the summer, it’s always busy with swimmers, boaters and fishers. During the winter, it’s a popular location for hockey, public skating, and ice fishing as well, seeing as the lake is kept constantly stocked throughout the year. The surrounding park lands and playgrounds keep people coming to this central lake during every season.

One of the reasons that Auburn Bay has become so popular is its location, an ideal spot for commuters who need to travel for work. The Deerfoot Trail and Stoney Trail crossroads is the first entry point for all commuters from Auburn Bay and allows people to get in and out of the neighbourhood easily.

The South Health Campus is the largest hospital in the south of Calgary and with state-of-the-art facilities, the hospital is one of the best as well. Residents are within easy access to some of the finest medical staff and services in the city, with specialists working in dozens of different fields of study.

Because of the high number of parents, schooling is a major concern. We have Auburn Bay School, an elementary school that has Kindergarten to Grade 4 classes, the best school size to accommodate the younger generation of students here. Nearby, we also have Prince of Peace School, Our Lady of the Rosary School, and sites designated for future school buildings.